Zagreb will remain associated with Kino Europa and its colorful neon. And with the cinema cafe (no cigarettes!).

With the route I’ve been cycling every day from Jarun district, where I’ve lived until I reached the cinema, where I used to leave my bike.

With the Human Rights Film Festival (in Kino Europa), where I’ve watched nine movies during five days. Quite a big beat.

With bureks I’ve been eating for lunch every day. Either with spinach or with cheese, or with potatoes. And with the day when I went to grab a burek and I suddenly found myself in the middle of the historical part of the city (where there are no bureks, but an opportunity to take quite nice shots. So I remained hungry for a little while).

With Caffe Bar Espresso (with the bike inside!), where I’ve spent really nice evening chatting with Nikola, an author of this video (and this ride!). Talking to a cyclist always makes me feel like no need to explain myself as we both know what it’s all about.

With the Museum of Broken Relationship, where I haven’t managed to reach yet (Nikola says it’s the most turistic thing to do EVER!). But I’m still going to do it anyway. Who wouldn’t?

With longig so much and just waiting for Friday to come to go to Poland for Christmas. Finally.

With the fog and my night rides back home in the fog.

With Mario’s laugh. Mario, whom I got to know at the exhibition about supernatural powers and other Croatian folk beliefs at the Ethnographic Museum. With the amazing photos of Iva Lulić.

With Branka who works for the people with disabilities and with whom I got connected by our lovely Jennifer. And with whom we’ve watched together the movie “The Pearl Button” by Patricio Guzman about the indigenous people of Patagonia in Chile and their slow genocide in the seventees by the Pinochet’s regime. Definitely the best and most powerful movie screened at the festival.

With Martina who joined my table as there were no free seats in the cafe. Such aquitances always develop into something really cool! I smell it’s been always the beginning so far.

With the second Martina who has watched with me “No Home Movie” by Chantal Akerman. Very difficult and uncomfortable movie to watch, but we’ve persevered until the very end. And then we’ve talked about it for hours afterwards. Not only about the movie though, about other more (and less) important things as well. We’ve talked until they have closed the cafe. So we’ve went for a walk and continued talking. Seemed like endlessly.

With Jasminka whom I went to visit for half an hour at the Center of Women Studies and I’ve stayed there for more than three hours talking about women rights activities in Poland and Croatia. And who has presented me the life and activities of Marija Jurić Zagorka, first Croatian female journalist and writer, but also a politician and an activist.

With slow tasting of the city.

Zagreb, like any other capital city, is in a constant rush. Quickly quickly. Fast fast. Maybe this is why I like to keep tasting such places in a slow pace. 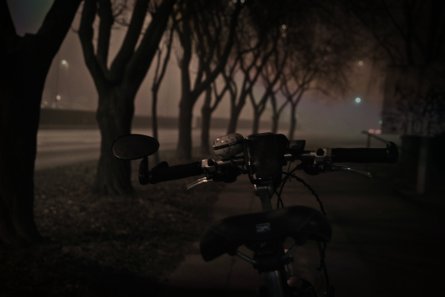 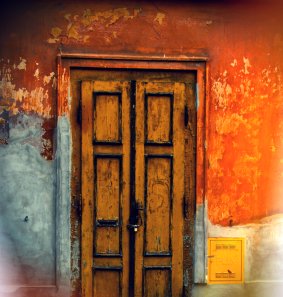 Ps. More photos to come soon as only I manage to sit down and work them out.