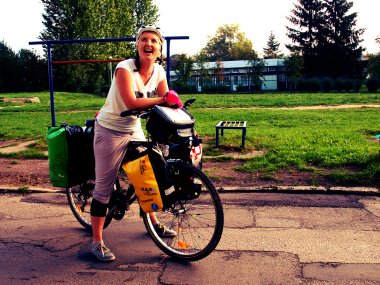 Talking to Beata’s mum who waved me from the window

With Beata in Czestochowa

2. I fell in love with Jura Krakowsko-Czestochowska. I don’t know why I have not been here before but the day has been full of stunning views! Check a few of them here: 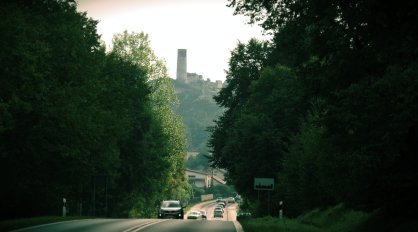 A castle in Olsztyn – on the way from Czestochowa to Olkusz

Peggy on the way from Czestochowa to Olkusz 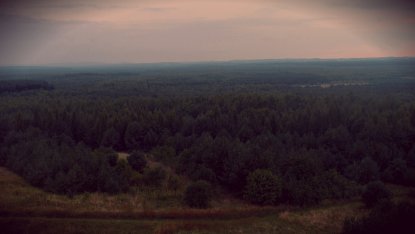 Bledowska Desert – on the way from Czestochowa to Olkusz

On the way from Czestochowa to Olkusz

A castle in Olsztyn – on the way from Czestochowa to Olkusz

On the way from Czestochowa to Olkusz

Paragliding edge – on the way from Czestochowa to Olkusz

An angel on the way from Czestochowa to Olkusz 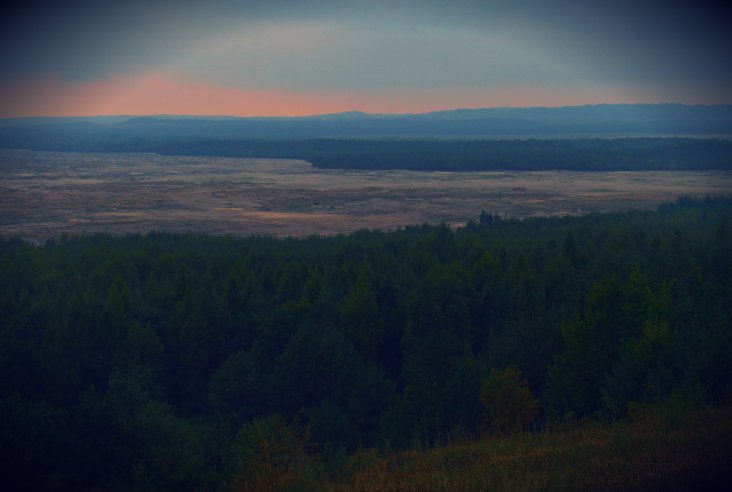 Bledowska Desert – on the way from Czestochowa to Olkusz

3. I met dozens of other cyclists and have a few reflections and few stories to say: 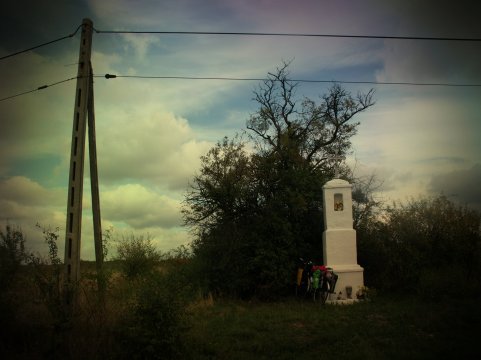 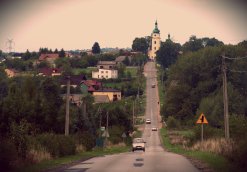 The hill and the view

Lunch on the way (mushroom risotto and kompot!)

4. There was a lady that shouted at me opening the car’s window. Luckily I couldn’t hear her becasue I had my music on, but she didn’t seem happy about her life.

5. In the morning, still in Czestochowa, I received a message from Slawek asking me about my route for that day. After he got to know that I will be cycling through Zawiercie he had offered to join me for a few kilometers, so it was much easier for me to cycle when I had my whole day’s route shared into smaller pieces. He picked me up before Zawiercie, cycled with me a few kilometres and then continued with me until the road leading to Ogrodzieniec. Do you know what else Slawek did? He brought me chocolates! Two!! And since I’m crazy about any sugar-full food after all those efforts, I was supper happy about it! Thank you, Slawek!

5. Already on my way to Ogrodzieniec, I was cycling up another hill (yes, it was the most hilly day ever!) and at the end of the road I was stopped by.. the police! They asked me why I was not cycling on the bike lane and were not really satisfied with my answer that the bike lane is full of holes which makes it really uncomfortable to ride on an over 40 kg heavy bike.

After they have threatened me with a ticket I promised to use the bike lanes since then on always when possible!

The interesting part happened when we started a conversation:

P(olice): Where are you cycling from?

K: Well, today from Czestochowa, but I started in Warsaw five days ago.

P: Mhm. And where are you cycling to?

K: Today to Olkusz. And then to Istanbul.

I gave them my Girl on Bike’s sticker and they promised to check my blog! Mr Policeman, if you are reading it: I’m using the bike lanes (although they have aweful holes, really, believe me!), thank you for not giving me a ticket and I send warm greetings & big hugs from Krakow!

6. Pawel picked me up just after Ogrodzieniec. He was the best motivator in the world! He kept me busy during all the hills to cycle up (and there were still a few of them!), so that I could not concentrate on how tired I was but on his stories (and he had many of them!). After we reached Olkusz eventually, I met almost whole Pawel’s family: mum, dad, granpa, two brothers: Piotr and Wojtek, a cousin Maciek and cousin’s girlfriend Gosia. It was super super lovely and very very homey evening. Thank you, guys! it was just amazing to be hosted by you!!

Ps. Gosia recently posted on my fanpage a quote:

“Don’t count steps or look around. Redundant luggage leave in the nearby ditch and forget. Not everything is needed while travelling. Everything what indispensable will appear on its own, becasue miracles are quite ordinary and encountered people are the right ones when on the way.” (a quote from the book “Pochlaniacz” by K. Bonda.

That day was really windy and it winnowed my ears. Then Pawel said that he had recently bought three head-scarfs, the special one under the bike helmet, becasue there was a mistake in the on-line system, so he bought them almost for free. And he is very happy to present me one becasue he doesn’t need three. And I have one now, you know? Something I needed at exactly that moment.

Pawel also said that home is a place where you can lie down everywhere and you are not disturbing anyone. And you know it’s ok to lie down there because it’s home.