A local newspaper has published an article about my bike trip’s plan. The trip itself is not such a big deal – it’s just a bike trip, from Warsaw to Istanbul, maybe not an ordinary thing (at least not for me), but also nothing really unique. On the other hand – it feels really nice that the plan has been noticed and that there was someone who wanted to write about it.

Several comments have been published under the article :

As such an unpleasant wave of comments has never happened to me personally before, I started to wonder, what makes people write such things, namely: claiming to know better than me what I’m going to speak about in the Balkan countries and that these are going to be tragic stories only; knowing my political views and the party I’m supporting; staying publicaly racist and xenophobic; being curious though where do I take the money from and not being satisfied that there are other people willing to support me; knowing I’m an idler doing nothing, but knowing I’ve been studying at the same time (good research!); and eventually having knowledge about where I’ve been working befor, they know also all my secret plans.”

The time I’ve spent on writing this article is probably not worth it. But as such thing happened to me for the very first time, I felt I needed to express it.

At the same time I keep looking at the link to the article published on Facebook with almost 70 “likes” and comments of a very different kind: “I will keep my fingers crossed”, “good luck”, “safe trip” – signed by people’s own names and surnames.

And it only makes me wonder why people lose their time to write such comments, especially when they don’t want to sign them with their names and surnames. At the end of the day they know what opinions they have and they are not ashamed to speak them out loud anonymously. Why not sign it officialy and show the face then? 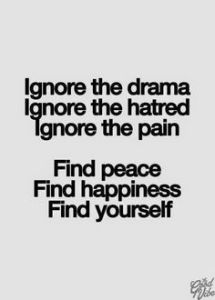